How To
/
Health
/
Aspartame/Nutrasweet and Memory Loss

I never really used to think that much about the food that I ate. As long as I was eating the correct amount of calories, I’d be okay, right? I never thought about the chemicals that I was consuming. That all changed when I thought that I was getting Alzheimer’s disease in my twenties. I would often find it difficult to keep the characters straight in movies that I was watching, or even names of children in the day care that I was working for. I was losing my mind, and I didn’t know what to do about it. After doing some research, I discovered that aspartame, found in many diet sodas, was the cause of my problems. Here is the story of how I lost my mind, but got it back. 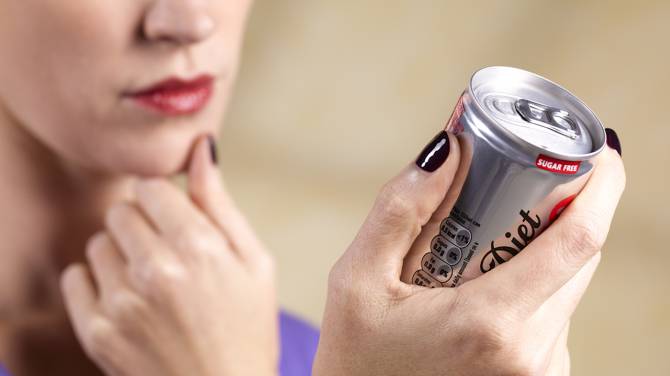 In school, I had a pretty good memory. School was pretty easy for me, because as long as I read the material, I pretty much learned it. I used my good memory to compete in activities like the spelling bee (placed second in my regional bee) and knowledge bowl. I was a little absent minded, sometimes setting my keys down and forgetting where I put them, but when it came to facts, memorization came easily to me.

After I got out of high school, I joined the Navy. The long hours and early mornings were difficult for me, and I started drinking Diet Coke. I don’t drink coffee, but I needed the caffeine. I wanted to keep my weight down, so I didn’t drink regular Coke.

Over the years, I went through college and then went back into the Navy as an officer, and I kept on drinking Diet Coke. I would drink several cans a day. School was more difficult for me than it was in high school, but I just figured that the level of difficulty had increased. One day, I was introducing my new boyfriend to my roommate, and I couldn’t remember her name. I was a little embarrassed, but I didn’t think much of it.

As I continued in my career in the military, I continued to drink Diet Coke. Some people drink water, I drank Diet Coke. I started to have trouble memorizing things. It took me longer to remember phone numbers. I found a book that helped me with memorization tricks, and that helped a little, but I still couldn’t memorize things like I used to.

After I left the military, I started working at a day care center. I was teaching a classroom of three-year-olds one day, and it was their nap time. I was telling something to a little girl named Serena, and I had to think real hard to remember her name. I had seen her five days a week for months, and I couldn’t remember her name! Later, while watching one of the Lord of the Rings movies, I was getting confused because I couldn’t keep the characters straight. I was frustrated because I didn’t know what was happening to me.

I didn’t know what to do. I was losing my mind, and there was nothing I could do. I thought I had read an article at some point about how aspartame could lead to memory loss, but I had dismissed it the time. I looked up “memory loss aspartame” in Google, and read several articles about aspartame caused people to have problems with memory loss. I figured that it wouldn’t hurt to try an experiment. I would stop drinking soda with aspartame, and see if my memory improved.

I stopped drinking Diet Coke on a Friday. A few days later, I was reading a book, and I was surprised. I was able to remember more! The experiment seemed to be a success. I have avoided aspartame ever since, and my memory, although not quite as good as when I was in high school, has improved significantly.