How To
/
Health
/
The Role Of Blood In The Body

Blood is a main connective tissue responsible for many of the body’s daily processes. Comprising almost seven percent of the body, this tissuetransports oxygen throughout the body, has a role in immunity, and functions to rid the body of toxins. For this reason, when something goes awry in the blood, so many bodily functions and organs are affected.

Blood makes up the circulatory system, a system responsible for regulating homeostasis (the body’s balance)and supplying oxygen to other tissues in the body, removing wastes, transporting hormones throughout the body, and regulating pH and body temperature. Blood is made up of three main cell parts: white cells (leukocytes), red cells(erythrocytes),and platelets. White blood cells fight infection in the body, red blood cells transport oxygen in the body, and platelets are responsible for clotting. 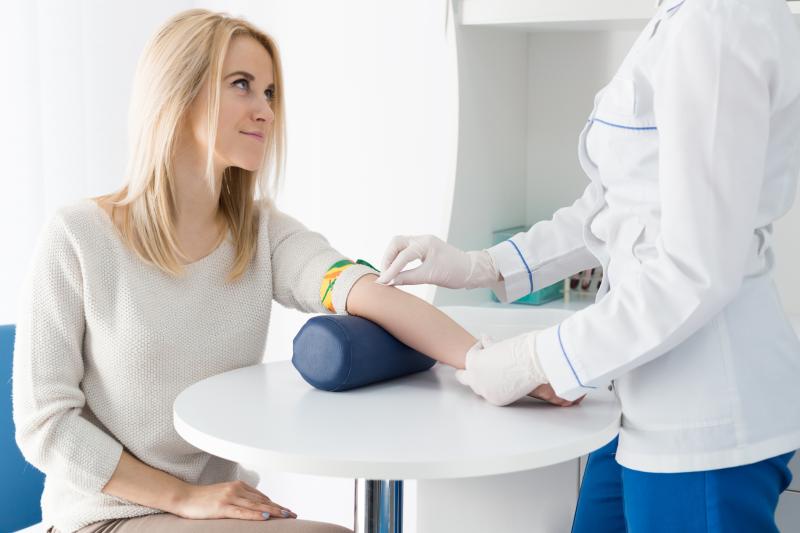 The condition of the blood and the blood count is an indication of any disease or illness that might be lurking in the body. For example, an abundance of white cells indicates that there is an illness that the body is fighting, and an abundance of red blood cells indicates that there might be a problem with the body’s heart, lung, or kidney function. Blood disorders range from manageable chronic conditions to serious debilitating diseases.

Anemias: An anemia is a condition in which a person has a low number of red blood cells in the body. The various anemias create fatigue, pale skin, and shortness of breath with exertion in the affected individual.

Other aggressive diseases that attack this tissue are related to the various blood-related cancers. Three main cancers related to blood conditions are leukemia, lymphoma, and myeloma. Leukemia is a cancer of the blood and marrow, which is caused by the rapid production of abnormal white blood cells. These dysfunctional white blood cells cannot fight infection, and they prevent bone marrow from producing red blood cells and platelets. Lymphomas are cancers of the lymphatic system(the immune system). Normally, lymphocytes remove excess fluids from the body, but when abnormal lymphocytes develop into lymphoma cells, these cells collect in the lymph nodes, impairing the immune system. Finally, myeloma is the cancer of the plasma cells(white blood cells) that fight infection. This condition occurs when myeloma cells prevent the normal production of antibodies, which leaves the immune system vulnerable.

Bleeding disorders occur in the human body when blood cells do not clot properly. One of the most well-known bleeding disorders is the hereditary condition, hemophilia. Hemophilia most widely occurs in males and is very rare. More people are affected by the von Willebrand disease, a disorder caused by clotting proteins.

Tips for a Healthy Circulatory System

Tips for care for the circulatory system include eating a diet rich in vitamins, berries, citrus, salmon, and avocado, exercising at least two-and-a-half hours a week, and getting regular checkups that include testing from blood work labs at any locally run center. All of these tasks are integral in maintaining a healthy circulatory system and overall homeostasis for the body.

Blood is the human life source just by virtue of its many functions and effects on the human condition. Because of its central role in running the body, humans become vulnerable to all types of disease when blood disorders and diseases arise. The importance of this tissue is seen in the many ways that the overall human condition is affected when blood count is abnormal.