Do you want to contest a will in court but are unsure if you can? Well,when someone who is connected to a will in a way that he/she is affected..by a will and believes that there is something wrong with it, this type of case is basically known as “will contest”. In the state of Texas, for a will to be considered valid, it needs to follow a certain set of strict guidelines. In the event of any failure to meet these requirements will open or become grounds for a will contest.But what exactly are these grounds? Let’s take a look at some of the common grounds for contesting a will in Texas 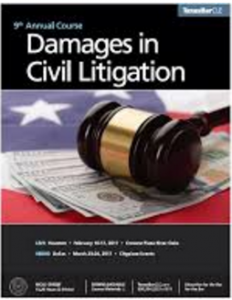 There are certain situations where under duress or improper influence a person changes his/her will. A will that is changed or created under influence is considered invalid as the decision is not made under the free will of that individual.

If it can be proven that a will has been forged or is actually a fraud itself, then in that case the said will can be considered invalid.

3.Lack of Intent or Capacity

4.Failure to meet the requirements of Texas Law

If a will is not signed properly or is not witnessed along with not meeting other legal requirements, it may not be considered valid.

A will that fails to take into account a divorce or a remarriage or in fact leaves the children out of it, can be challenged. The reason being the failure to protect the people closest to the deceased person. Make sure that you bring the will contest within the time limit as set by Texas law. According to the Texas Probate Code, the lawsuit need to be filled within two years of the date the will is admitted to probate.The two exceptions to this rule are, first if the will is a fraud or

forgery. The other situation is where the will contest is in behalf of a person who didn’t have the legal capacity to contest a will during that two year period but later on gained the capacity. If you want to contest a will in Texas, it is always best to work with a qualified attorney.