How To
/
Others
/
How Corn Affects Human Civilization?

Without proper sources of food, people are weak and vulnerable. But with enough food, human could actually grasp the entire world, as they have the energy to do many things and increase their population. Many societies have their own staple food, such as maize in Central America during the colonization era. In this continent, potatoes, cocoa, pineapple, peanuts, avocado and tomatoes also flourished. Indians planted maize together with squash and beans, which is a perfect combination, because bean and squash enrich the soil with nitrogen, while maize depletes it. Water is also essential to ensure the nutritional balance in the soil. Maize isn’t only packed with energy, but also very nutritious. At any stage of growth, it can be consumed by both animal and human. It can be stored easily and doesn’t get spoiled when dried. It’s safe from birds and yield more crops per unit area. However, kernels need to be stripped from its cob and it can’t reproduce naturally. So, maize is closely entwined with mankind for many years. Kernels contain fat, protein and starch. There are many different foods that can be produced from maize, such as polenta, tortillas, cakes, bread, porridges and alcoholic beverages. Maize can be fermented, cooked, dried, roasted, crushed, ground and used fresh. There are also some unique foods based on maize, such as tamales, which is ground meat and cornmeal dough inside maize husks. The name maize is derived from an Arawak word, which means that something that contains life. 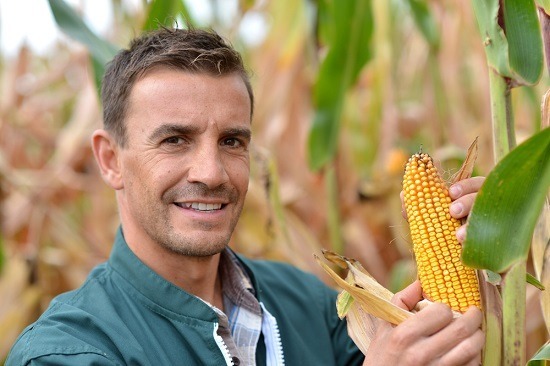 Maize also means that life or mother. Many Indians have showed excellent skills in cultivating skills, since Europeans first set foot in Central America. Maize with its significant energy content is essential for people’s life. It has spread around the world, especially in tropical countries at Africa and Asia. In the United States, the Corn Belt is the famous continuous maize region where corns are cultivated. Many scientists have also devoted their life to this specific plant. It is believed that teosinte is the genetic ancestor of modern maize and it was a native form of grass that was first cultivated by Indians.

Corn was the first plant that undergoes careful selection of the most appropriate seeds. There were wide varieties of maize plants and human has significant contribution in determining the one that could adapt well to particular soil conditions and climate. As an example, plants short stalks are known for their strength to resist wind.

On the other hand, corn with long stalk could grow well in swampy areas. Corn with smaller cobs could get ripe faster. In general, maize needs an area with plenty of sunlight and the plant it excellent in using the sun’s energy. In less than a week in ideal conditions, maize could grow to two meters from knee-high.

In general, maize is much more than just major food plant and it has also contributed significantly to the growth of civilization. The world could be much different if people didn’t cultivate corn through deliberate selection of proper varieties.