Jan Schuette, also known as the international filmmaker has shown his creativeness as a director and producer since various decades. Apart from all this, Jan has also served to be a creative writer too. His dedication towards his work has resulted into various movies and documentaries with an enchanting touch. The success of his movies is a result of his creative thinking and the ideology of giving a new project to the people. Jan Schutte works on specific grounds that help him in getting something new every time. 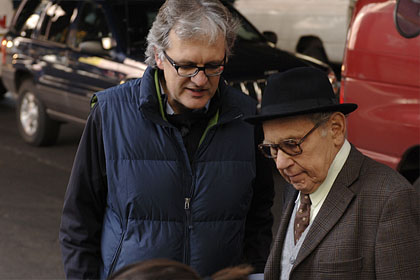 Jan Schuette is also a wonderful script writer, which is based on classic art structure that is who is the main character, what is the story about and what are the goals and needs the main character contains. Yes, this are the three main pillars he works on to show his creativity.

Nearly all the movies carry some goals. And when it comes to the direction by Jan Schutte, the movie definitely carries the goal to introduce a new concept for the people. His stories are famous for living a deep moral in the minds of the viewers in a comic way. Whether it is Max Kohn from Love comes lately, or Joseph Bierbichler from the farewell, his movies have left a great impact on the minds of the people that has also brought a new thinking in the mind of the people.

Apart from this, the movies by Jan Schutte has given a new ray of thinking for the viewers that has led his movie to various national and international film festivals grabbing a good number of awards for him.