How To
/
Others
/
The Difference Between Cable And Satellite

The move from analog to digital TV a few years ago created a need to analyze the type of television service installed at home, cable or satellite, and decide if an upgrade is required. The differences between the two are slight but significant.

Both offer several packages, including customizable ones, depending on each household need.  All companies offer a set number of channels (approximately 40 for satellite and lower for cable) as their basic bundle. Adding more channels like High Definition (HD) programming, sports, and movies will increase the overall cost for both cable and satellite services. Satellite delivers a greater selection of HD channels while cable wins in the on-demand entertainment category. Another factor in favor of cable is that it allows more accessibility for local channels. 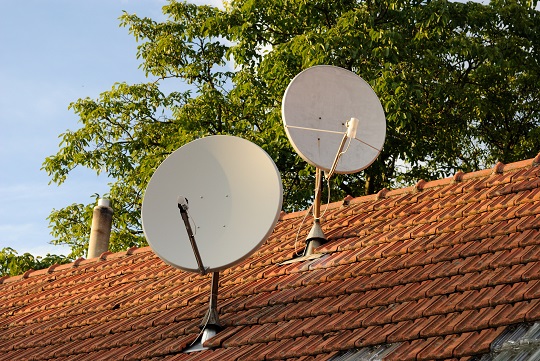 The majority of cable companies rent the boxes, with extra cost for HD recording satellite receivers. On the contrary, the equipment is usually sold to you when hiring satellite television so look for rebates or special promotions from the company. Buying the apparatus is worth it in the long run because at the end of the contract it’s yours. Cable, however, would require the return of all equipment lent if they were the provider.

Satellite providers have a longer range of service availability than cable, reaching rural and urban contexts alike. As previously mentioned satellite works with signals through space and only require a clear path between antenna and orbital satellite. It is very important to have the dish professionally installed to assure a better service. Remember that trees and buildings can affect signal clarity and strength. Like stated before, cable service necessitates a physical installation of some kind of high-bandwidth cable in the house, making service to certain rural areas impossible. Take into consideration your location and space.

Generally speaking, satellite companies are said to offer greater customer satisfaction and are ranked above cable. Outages are issues for both services but once again, satellite overpowers cable in overall performance. Satellite is currently better with digital programming yet cable can hold its own.

The one thing all satellite providers have yet to beat cable suppliers in is bundled services. Cable can arrange for internet, television, and phone service (often referred to as a “triple play”) in a convenient all-in-one package. Satellite can as well but they must team up with other companies (for example, with AT&T for phone service). For the simplistic, that prefer one general contract with one specific industry, cable’s bundled service is wonderful. As an added bonus, contracting all three services will almost guarantee a lower monthly rate.

The right type of service for you comes down to your specific needs and location. Both will get the job done and will allow you access to as many channels as you desire. One isn’t necessarily better than the other, but after careful consideration, you can find which is better for your home.

Florin is a freelance writer and foodie whose work has been featured in blogs, websites, magazines, and TV ads.