Mylan Pharmaceuticals is a huge player in the medical world with nearly 35,000 employees and more than 1,400 products. The company services customers in more than 150 countries and territories with a global output of more than 45 billion doses of their medicinal products.

But even the big guys can stumble once in a while, and it appears that the drastic price increase of their EpiPen device that delivers a life-saving drug has enraged the public and Congress.

When Mylan bought the company that owned the EpiPen device in 2007, the price of a two-pack of the pens was less than $100. Nine years later, through a series of pre-planned price hikes, the cost has risen 500 percent, to over $600.

The epinephrine drug that the EpiPen delivers is not just another allergy-fighting drug. It’s a life-or-death drug. People who are allergic to bee stings and peanut product can die without a quick injection of epinephrine into their thigh. 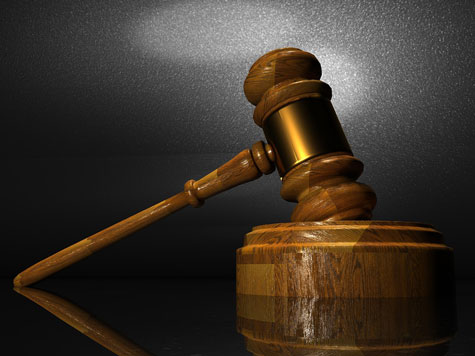 As a result of Myan’s EpiPen pricing structure, an Ohio woman named Linda Bates has filed a proposed class action lawsuit against the company in an Ohio county court claiming that the sharp price hikes for the EpiPen violates the state’s consumer protection law.

With a 94 percent market share for the auto-injector device, Mylan really has no completion. When one company has a strangle-hold on a market like that, they can charge whatever price they want without fear of being undercut.

Mylan defends the EpiPen’s high price by arguing that it has spent hundreds of millions of dollars to improve the EpiPen. It also claims that Mylan recovers less than half the list price for their EpiPens.

Both claims are in hot dispute. The lawsuit states that “the outrageous, unconscionable and immoral high prices set by defendant is nothing more than price gouging.”

The suit represents individuals in Ohio who purchased EpiPens from 2007 to the present.

Mylan has already reacted to the demand of outraged lawmakers by announcing it would market a generic version of EpiPen for $300 and launch various discount programs.

Other states are beginning to take action regarding the EpiPen pricing structure. New York Attorney General Eric Schneiderman announced he was launching an investigation of whether Mylan violated antitrust laws with its contracts to provide EpiPens to some school systems.

The company is also facing lawsuits because EpiPens are only sold in packs of two, another form of the monopoly the company holds.

Under fierce questioning recently by bi-lateral members of the House Committee on Oversight and Government Reform, Mylan’s CEO t Heather Bresch continually evaded questions about how much profit the pharmaceutical company made off the lifesaving allergy treatment.

Jason Chaffetz (R-Utah) held up an EpiPen and declared that the epinephrine inside the device costs about $1 a dose while the list price of a two-pack of the pens is $608.

Outrage over the drug-pricing united politicians from both sides of the aisle.

Unfortunately for Ms. Bresch, the hearing comes only months after the uproar over the prices scandal at Turing Pharmaceuticals which had increased the price of a cancer drug called Darparim from $13.50 to $750 a pill.

“Here we are again,” Chaffez barked.

But CEO Heather Bresch stayed firm in defending her message that the list price of EpiPen had increased because of the inherent complexity of the pharmaceutical marketplace. She has attempted to shift blame away from her company to a network of middlemen that exist between drug companies and patients.

The session adjourned with the promise of further action being taken by Congress if nothing is done to resolve the problem.

Mark Sadaka from Sadakafirm, the leading Class Action Attorney, has a national practice and works with clients from New York to Alaska.