How To
/
Legal
/
The Worst Of A Bad Bunch: Arson is A Menace To Property And Persons

Of all the crimes on earth, arson is probably the worst. Setting a commercial or private building on fire is not just a threat to it, but also to persons who live or work under the building. On a broader sense, it is an ill wind that blows no property owner any good. Being involved in such a Property crime cases is very saddening and disheartening. If a victim is lucky to escape the fire, they would watch their property which they have invested energy, time and capital into go down the drain, relegating them to obscurity and and quagmire.

Every time there is case of arson damage, people kinda wonder why in heaven’s name any person would set the property of another in fire. Our world is such a crazy one where out of cruel and share hatred, wicked folks would jump over a million and one hurdles to see others fall. During my daily rounds of college, I partook in several fire fighting and arson classes and cases. That paved the way for me to meet a few arson victims and security agents inquiring into such cases. I was always curious and geeky to get to the bottom of every case and that helped me put my hands on a lot of facts viz-a-viz arson causes. 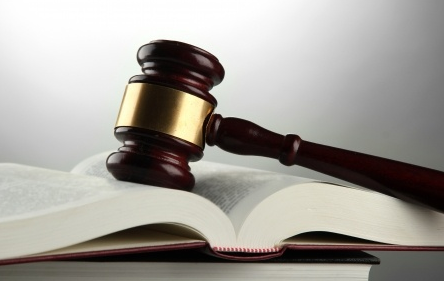 According to my findings, mere disputes between neighbours, husbands and wives, employers and employees, family members, hooliganism and vandalism are the major backcloth against which most fire crimes are traced. It is really absurd to know that what we consider as a little bit of a fallout or misunderstanding between people is what escalates into an arson.

Furthermore, arson in few cases, is the product of unhealthy business rivalry between competitors. The business world is characterized by individuals or entities hating others who operate in their niche, thus competing with them. Such hatred sometimes develop into arson.

There are other instances where arson is called into play by people to get back at others for a crime committed against them.

Pyromania is described as being obsessed with settings things to fire. Burning and blowing things up is sort of appetizing to some folks, pyromaniac, who cannot control the impulse to set fire on things. It sounds funny and absurd that some people have that nasty and crazy habit of burning things up, right! But, in the real sense, a pyromaniac kind of arsonist is no force to reckon with at all for the fact that if you get into trouble with them, you might have your property burn down to ashes. They are also employed by  cruel persons or group of persons as tools for perpetrating evils. Most folks who plot arsons aren’t directly involved in it- they hire pyromaniac to get it done.

All said and done, there is a one-billion-dollar question pose by every property owner or manager who learns about arson for the first time: what can I do in order not to get hit. Be as vigilant as possible. When you suspect any case of such, consult an expert arson lawyer or report it to the police as soon as possible. Installing apparatus that prevent fire like smoke detectors in your property is critical. Get the contact details of the nearest fire station and most importantly, get a functional fire extinguisher and keep it where it can be easily accessed in the event of fire breakout.