How To
/
Legal
/
6 Ways To Prevent Domestic Violence Against Women

Domestic violence is the kind of behavior in which one partner uses physical violence, threats, emotional abuse, harassment, or stalking to control the behavior of another partner. Women are more susceptible to domestic violence. However, men are also abused by their intimate partners. In the United States, one in three women and one in four men have been victims of physical violence by an intimate partner within their lifetime. Almost 20 people are abused by their spouses every minute in America. 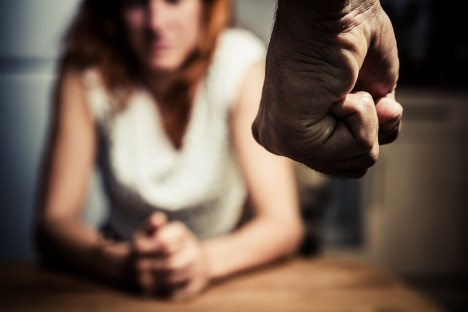 Knowing what actions are considered to be domestic violence is the key to preventing this from happening. The United States Department of Justice defines domestic violence as a pattern of abusive behavior in any relationship that is used by one partner to control and manipulate another intimate partner. There are several types of domestic violence including physical threats, sexual and emotional abuse, financial extortion, and psychological abuse. However, abusers may use more than one technique to intimidate, exploit, and terrorize their victims. Domestic violence victims can call the National Domestic Violence Hotline, which is open 24/7.

It is crucial to familiarize individuals and society with the possible signs and indicators of domestic violence and abuse. These signs may vary depending on the type of abuse. A domestic abuse victim may not necessarily show any physical signs such as cuts, bruises, burns, or beatings because he or she may be suffering from emotional and economic abuse. At times, a person who may not appear to be a victim of domestic abuse may well be suffering in silence. Unfortunately, victims try to conceal their injuries, making it difficult to spot the signs of physical abuse.

It may sound surprising, but most victims continue to suffer in silence hoping for the situation to change. Violence is an inevitable part of domestic abuse. A simple quarrel between the abuser and his or her partner may escalate into a violent situation. So, it may be necessary for the victims, their friends, relatives, and neighbors to call the police in case of emergency. Don’t hesitate to call for help, if necessary. The police may file a report depending on the seriousness of your situation. They may arrest the batterer to provide immediate protection. Usually, local law enforcement authorities provide you with referral information for domestic violence services in your area.

4. Know the Law in Your Jurisdiction

Federal, as well as state laws, have been enacted to protect domestic violence victims. State domestic violence laws may vary significantly. It is, therefore, necessary to know the law in your jurisdiction. You can file a lawsuit against the abusing spouse in a civil or a criminal court.

The Violence against Women Act (VAWA) is a federal law enacted to provide legal aid and funding for the relocation of the victims of domestic violence and abuse. If you are a victim of domestic violence, you should consult a qualified criminal defense attorney in your area. Your lawyer will provide you with the legal know-how of your case.

Domestic violence victims may suffer severe physical injuries requiring immediate medical attention. Tell the doctor that your injuries have resulted from domestic violence and abuse. If possible, take color photographs of the injuries before receiving the treatment. In fact, your lawyer may advise you to keep a record of all injuries as this may prove crucial in a legal battle.

There are several resources available for battered and abused women including hotlines, shelters, child care centers, legal counseling, and job training services. You can take refuge from your abusive partner at a domestic violence shelter. Domestic violence shelters will provide for all your basic living needs, including food and childcare. Shelters can accommodate you for a short time, probably for a few weeks. However, most shelters can help you find a permanent job and a house. The shelters do not disclose anyone’s identity to protect victims from their abusive spouse.

6. Get Your Community Educated and Organized

Educating as many people as possible is a good start to eradicating domestic violence from your neighborhood and community. You can accomplish this goal by working in collaboration with your community center, local police officers, and women’s shelter in your neighborhood. You can also organize awareness programs, seminars, and rallies in local schools, colleges, and local companies. Finally, you can organize a network of individuals who can commit to intervening in domestic violence situations and provide a communal support structure to survivors.