How To
/
Others
/
4 Freak Accidents Caused By A Boiler!

When you think of boiler problems, the typical issues revolve around broken pilot lights and knocking sounds. Sometimes, though, boiler accidents can be downright scary and even deadly. These four freak accidents serve as reminders that boilers need to be inspected regularly and maintained well — life and limb depend on it.

Here are some of the wildest stories of frightening and powerful boiler fires and explosions that have made headlines:

A family in Washington state just barely dodged a nightmare when their boiler exploded — just on the other side of a wall shared with their toddler’s play room.

Harrowing footage captured by a baby monitor shows the scary boiler explosion could have easily killed or seriously injured anyone in the room. Thankfully, the finished basement was unoccupied at the time. Gas problems were to blame, and firefighters believe the damage could have been much worse if any gas appliances were in use at the time. 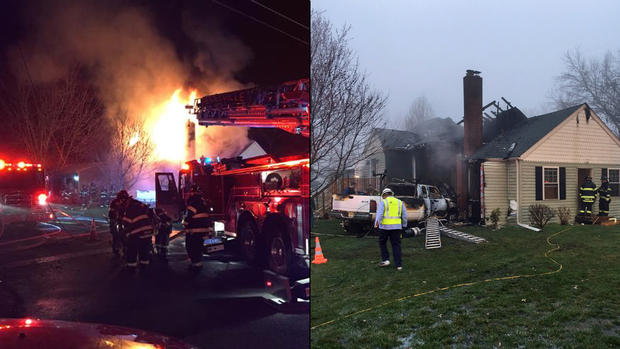 Perrie Edwards, known as a vocalist for the British girl group Little Mix and as the former fiancé of Zayn Malik, once set herself on fire but lived to tell the tale. Her boiler’s pilot light exploded and the fire seriously burned her hands and forearms.

As a silver lining, plenty of young people in Edwards’ big social media following got an unexpected word of warning about the dangers of boiler problems. She posted photos of the blistered hands on Twitter with a simple message — “Stay away from fire!”

When a boiler caught fire in a rural Minnesota town, the homeowners were lucky to have some quick-thinking neighbors to save the day. How they put out the fire was the real story.
A family that owns a maple syrup company lived next door to the house where the boiler caught fire. In this small town called Waterville, there was no water readily available — so a father and son decided to bring over a tank of their maple syrup and douse the flames with sweet (and apparently flame-retardant) sap. About 500 gallons later, the victims did not lose their house to the boiler fire!

The basement-level gas boilers of a lower Manhattan building exploded suddenly due to a combination of bad repairs, a negligent landlord, and a lack of follow-through by city inspectors. The East Village building, which housed restaurants on the first floor and dozens of apartments above, exploded from the ground up. Two people died instantly and the entire building eventually crumbled as firefighters were unable to put out the blaze.

The boiler explosion seemingly happened out of nowhere, but was actually due to tampering and safety problems for years beforehand.

Most boiler accidents seem to happen without any warning, but usually there is some kind of damage to the fuel line or igniter, or a crack in the tank. When the gas flow and heat are out of control, these scary situations can be reality all too fast!

Charlie Teschner started MESA Plumbing, Heating, and Cooling in 1982. Charlie has a journeyman and master plumber’s license. He was raised with a strong work ethic and he now applies those values to tasks such as Longmont, CO heating repair.