How To
/
Home Maintenance
/
Flooding Clean-up

Flooding and water damage are in the top-five home insurance claims world-wide. This means that despite there being many pre-emptive measures home owners can take, sometimes nature overcomes them and catastrophic water damage occurs. It is sometimes impossible to avoid flooding, especially if you live near a riverbank or an area where snowmelt is an issue. Flooding can badly damage your home and make it unsafe, it is not only a matter of property damage there are also severe health risks to take into account after a flood, while most of these risks involve the presence of stagnant water it is also important to take into account what that water brings with it. Bacteria and mould are sure to form in damp spaces, since basements are usually the first victims of disastrous flooding, it is natural that mould formations will begin to appear in the corners of the room and even on wooden beams. If severe flooding occurred in your area then it is likely that your house was also soaked by swage, which can cause severe infections. 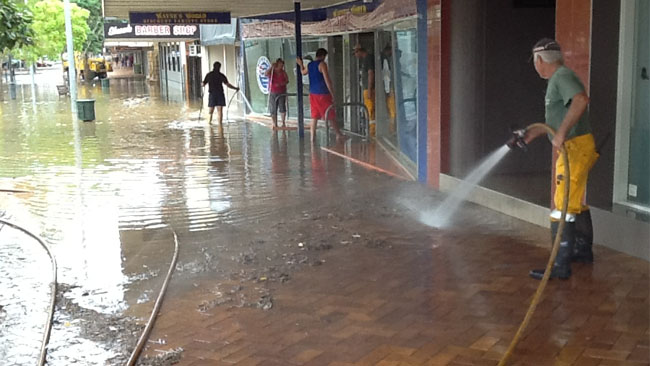 Simply drying up your home is sometimes not enough to make sure that it is safe to inhabit it, making sure that the air is clean is also vital. Mould is not simply a formation that occurs on the walls and floor-space, tiny particles of mould can float around completely undetected and settle in your lungs when you breath them in, causing severe allergic reactions and asthma attacks, especially in children and the elderly. A dehumidifier is the answer to this particular problem, using one is vital to avoid breathing issues and stop mould formations from expanding. You can buy one easily; however, since time is of the essence in these cases perhaps renting such an appliance might be the safest choice, there are many dehumidifier rental companies in the market but none of them offer you the same advantages as Lemarg Rental, who offers an express service that ensures that you will get the equipment that you need as quickly as possible. They also have a group of experts on standby 24/7 to help you decide which pieces of equipment will best help you solve the problem, thus ensuring that you do not pay more than you need to. They have made it their mission to provide you with the best dehumidifiers in the market for a very competitive price.

Water damage can become more expensive the longer you leave it, mould and bacteria form within the first 38 hours after the water settled so acting quickly reduces the risk of facing a bigger mould and bacteria problem later on. Mould does not only threaten your family’s safety, it also puts the structural integrity of your home at risk and significantly lowers the home value in the market; no matter how small the formations are, it is important to get rid of them quickly. Dehumidifiers rental can help you do just that, the dehumidifier is the most recommended appliance to deal with post-flooding clean up because they are efficient and effectively clean up the air so that you can return home quickly and safely.