How To
/
Others
/
4 Tips For Aviation Ground Power Support Equipment

Aviation is a functional perspective or creativity of art aeronautics, for the design, development, production, operation, and the use of aircraft, primarily heavier than air aircraft.

We usually wonder what kind of energy an airplane uses to stay on the air during flight period, especially in most aviation school, one is thought that only train pilots can actually understand the force at which an aircraft lift from the ground to maintain attitude in the air. Research shows that aircraft need to maintain a specific volume of voltage when stationed at the airport terminal, so many aviation controllers uses other mediums to power up the aircraft providing ground power equipment used in powering up aircraft at the aviation terminal, to give and maintain the accurate voltage required. Frequently, aviation agency contracts these services to private ground power equipment service providers or use a fellow aviation career with the facility of providing the ground support equipment needed to service aircraft at the airport terminal.

Although when parked and switched off power will be provided and connected to the aircraft by the aviation management providing the ground support equipment at the terminal. The precise volume of energy voltage required is 115 V at 400 Hz. 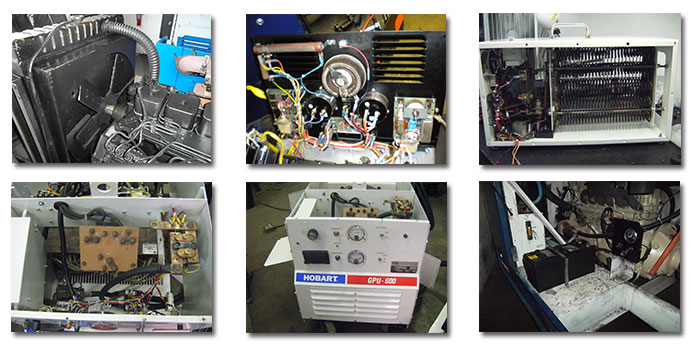 Is a vehicle usually found in the aviation terminal, capable of supplying power to aircraft stationed on the ground. Ground power units are built into the jetway, to supply electrical power to aircraft, as most aircraft require 28 V of direct current DC and 115 V 400 Hz of alternating current AC.

The conversion of the main power to 400 Hz is accurately done either centralized or at the point of used by frequency converters.

Each aviation aircraft has a strict specification, the required volume of power needed to power it up with a given analytical calculation. The volume of kVA needed is completely conditional on the size of the airplane, during the manufacturing, design processes, the quantity of power needed is been calculated with all suitable equipment installed.

It was previously examined that most aviation industry utilizes 400 Hz as the standard power voltage for aircraft designs, as at then it warranted for a compact design with lighter weight for the electrical system. Some aviation generates 400 Hz which uses less copper in their windings and smaller magnetic cores of 50Hz to 60Hz that makes it lighter,

comparatively with the short transmission distances in aircraft with negative aspects of larger voltage dropping at 400 Hz.

Some commercial aviation ground power equipment runs between 50 to 60Hz, moreover, the frequency converter is expected to convert this voltage to 400 Hz needed for aircraft operation, some aircraft operates on a no break power transfer, which shows that consumption is transferred from the aircraft’s own power producing components to ground generated power without possible interruption.

However, is not in every circumstance an aircraft synchronization equipment is accurate, therefore employing frequency converters that can detect aviation synchronization problems will be highly approved.