How To
/
Tech News
/
Solid State Drive vs. Hard Disk Drive: 9 Factors To Compare Before Buying!

Solid state drives or SSDs are becoming just as prevalent as hard disk drives or HDDs, and this can leave buyers a bit confused as to what storage option they should go for. Since all buyers have different preferences, neither storage drive can be termed better than the other. That being said, comparing both can help you assess your needs and purchase the right storage option. 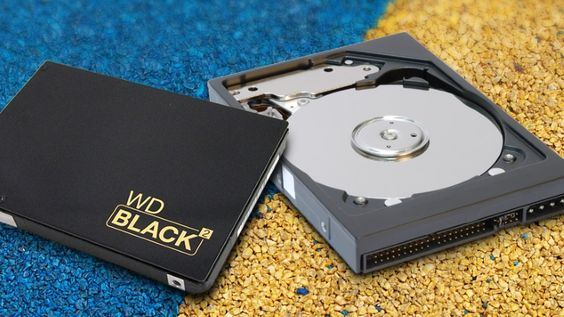 If you’re willing to know how SSDs and HDDs stand in comparison to each other, here’s some information you’re sure to find useful.

An HDD is made up of moving parts consisting of a motor-driven spindle that holds flat circular discs called platters, coated with magnetic material. The read/write heads are located on top of the discs, and the entire structure is then encased in metal. On the other hand, an SSD is essentially a memory chip with interconnected and integrated circuits and an interface connector.

SSDs use flash memory and have no moving parts, which is why they are thinner and light in weight as compared to HDDs.

HDDs use the spinning platters and read/write heads to work, making the process mechanical and time-consuming. With SSDs, a spin-up is not required, thus enabling these storage drives to offer a faster boot up time and top read/write performance to further support computing actions that require complex multitasking abilities.

As mentioned, the working of an HDD is mechanical, which results in a limited overall performance. To elaborate, data transfer in a hard drive is sequential, requiring the read/write heads to ‘seek’ appropriate points to execute operations. Seek time can be substantial, and can contribute to latency.

SSDs can reduce idle time as data transfer is random access and not sequential. Moreover, they offer a consistent read/write performance as the physical location of data is irrelevant.

A lack of moving parts renders SSDs noiseless, whereas the spinning platters in HDDs can result in vibration with audible clicks and whirring noises.

When SSDs started gaining momentum, there were concerns about these drives wearing out quickly and being able to achieve only a limited number of write cycles. However, this has been a non-issue in most practical applications, thanks to advances in technology. In addition to this, SSDs have no moving parts, so they are more likely to keep your data intact in the event you drop them or the operating device.

Conversely, read/write heads on HDDs fly over platters at a distance of a few nanometers while in operation and are parked when the operating device is turned off. As such, HDDs are unable to withstand extremes of temperature, shocks, and drops.

The rapid motion of platters and read/write heads in an HDD make it susceptible to head crashes. These can be caused by physical shocks, electronic or power failures, corrosion, wear and tear, or poor manufacturing. SSDs are more reliable as there’s no risk of a mechanical failure.

Note that HDDs use magnetic storage, which also impacts their reliability by making them vulnerable to data corruption when in proximity with powerful magnets. With a normal or an industrial SSD, you needn’t bother about your data being at a risk of magnetic distortion!

If you’re looking for sheer capacity and greater amount of data storage, HDD is the way to go. These storage drives are workhorses, offering a maximum of 6TB storage for desktops and 2TB storage for notebooks. The maximum storage SSDs offer is 1TB for desktops. Common storage capacities are 500GB and 1TB for HDDs and SSDs respectively.

HDDs use older and established technology, which makes them cheaper than SSDs in terms of dollar per GB of storage offered. Nevertheless, low-capacity SSDs in the 32GB-64GB range are pretty affordable. Also, SSDs might achieve price parity with HDDs soon due to efficient manufacturing and increasing density of drive capacity.

For the time being, if you can pay slightly higher than the cost of an HDD, an SSHD is a good option to consider.

While SSDs seem to be the future, it is unclear if they will be able to replace HDDs completely. That’s because they are still prone to damage despite being hardy. Also, their high price makes it impossible to replace terabytes of data stored on PCs!

Nonetheless, having read the information provided here, you now understand the pros and cons of each drive, enabling you to make an informed decision. So weigh your options wisely and buy a storage drive that suits your needs!