Think we’ll be waiting for the Internet Of Things? Think again

The Internet Of Things is already making phone companies millions. Just this week, perhaps in one of the unlikeliest places, Australia, the CEO of the biggest national carrier ‘Telstra’ announced that the IoT solutions was now a material part of their business. Penn, Telstra’s CEO released, as part of the company’s market update, that these new forms of network connection had generated hundreds of millions of dollars of revenue for the company. If you think we’re going to have to wait a few years to see the Internet Of Things affecting our lives, you might like to think again. It’s happening all around us. 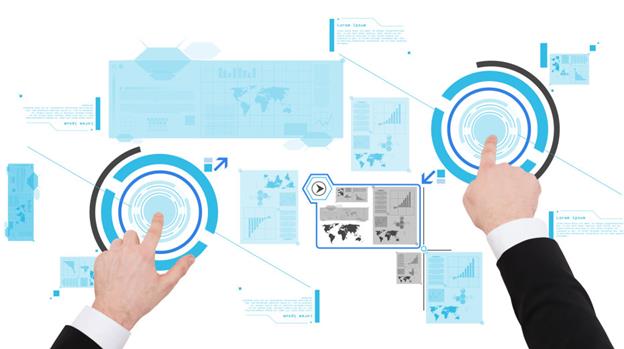 The IoT can be a difficult concept to understand simply because it’s so broad. The essence of the IoT is connecting physical assets – like buildings, vehicles and even animals to the Internet. Cheap sensors and telecommunications links now make the rollout of these sort of simple connections far more affordable.

Imagine a field of sheep all being connected to the internet so you could see where they were if you wanted to herd them. Imagine building an office block 40% smaller because you realized, from sensors in meeting rooms, that people were only at their desks 60% of the time and could share facilities. The Internet Of Things will reshape the world we live in to make it much more efficient.

Culturally, the IoT is likely to have the same effect as the smartphone. The iPhoneand all the devices which followed it and do pretty much the same thing ) provided everyone.

The part 5G will play In the Internet Of Things

5G the new telecommunications network technology which will give us even faster cellular access to our data will be here in less than 5 years. 5G has been especially designed with features which will help facilitate IoT connections.

New 5G networks require only tiny power sources from the sensors connected to them, for example. A single battery on a single sheep, for example, could transmit information for many years. 5G also covers huge areas with a small number of antennae. They can process up to 1 million connections at a time.

The IoT will operate on a scale we’ve never seen before.Gartner say that by 2020, there will be 26 billion devices connected to the internet. That’s 4 or 5 devices per person, for everyone on the planet.

Bringing it all together

When we can ask the park bench we are about to sit on, how many people have sat on it today and it tells us, we’ll be engaging with the Internet Of Things. For businesses, connecting physical components of their assets to the internet will massively increase their productivity and efficiency.

As a result, phone companies are already making hundreds of millions of dollars out of the Internet Of Things. Soon, they will be generating multiples of that for the customers they sold the solution to. The IoT is already helping us us integrate things we’ve never dreamed possible and will provide the data for Artificial Intelligence to operate on.

We’ve solved a lot of problems in the last 50 years, reducing levels of poverty, child mortality and extending live expectancy. The IoT, standing on the shoulders of 5G technology, will help us address many of the negative environmental effects of an ever accelerating economic growth curve.’Smart Cities’ – conurbations in which everything has been connected will work to reduce waste, CO2 emissions and move traffic more freely.

There is one more issue to solve, however, the question of security. Most IoT devices produced at the moment – like internet connected coffee machines or washing machines, are designed for domestic, consumer use. Security aspects, if they have been applied at all, were last minute bolt ons, not a core element of the solution. With Hacking concerns now the number 1 worry of most governments, having a country populated with people and things connected to the internet in an insecure way represents a significant threat.