Team sports are incredibly popular in countries throughout the world, and especially here in the United Kingdom. Many of them are taught to children during Physical Education classes both at primary school and secondary school level. What all team sports have in common is the dedication from both the players and the spectators. Fans of the sports turn out for matches week in and week out regardless of the weather and the players are regularly attending training sessions that even include rugby, football and Hockey Training videos from companies like www.sportplan.net/drills/Hockey/Overload-situations/exploit-the-overload-hockey0031.jsp. 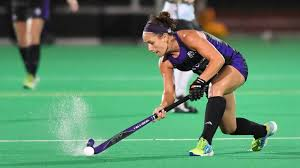 A number of these team sports are played with a stick or bat of some description and a ball or other item that is to be struck by the said stick. Here are some examples of these sports.

Hockey – This is probably one of the most commonly played stick-based sports that are taught in schools throughout the UK. It is played in teams of eleven players with each taking up a particular position on the pitch. The aim to hit the ball down the field towards the opponent’s goal are before taking a shot on target, and hopefully scoring a goal. The stick used in the game is curved at one end enabling the players to be able to control and maneuver the ball whilst running.

Rounders – This baseball similar sport is often played in junior schools and is also a firm favorite with adults looking for a sport to play whilst visiting the beach or perhaps whilst on a camping stay. The main aim of the game to hit the ball that is bowled towards to you as far as you can in order be able to run around all of the rounder’s bases without a fielder catching the ball or throwing it to someone on one of the bases before you are able to reach it. A rounders team can be made up of anything from six to fifteen players.

Lacrosse – probably a surprising game to include in the list, however more and more junior schools are opting to teach this sport to the children during physical education classes. It is chosen for the speed and agility that is needed by the players in order to be able to catch, move and throw the ball. It is thought to be the fastest game played on two feet. It is played usually with ten or twelve players on each team. Again, each of these players will have a specific place in the field on occupying. With the aim of the game to be to catch the ball in the net at the end of your lacrosse stick, pass it to other players whilst moving down the field to the opposing team’s area and then shooting at the goal.