Bajaj Auto, one of India’s bestselling two wheeler makers had earlier taken motorcycle making to an altogether different level. The company had announced the launch of yet another line-up, just like Pulsar or Avenger, and named it “V”. As the common notion would suggest, V denotes victory. But Bajaj had different plans in mind. What stands out in this motorcycle branding is the inclusion of the metal taken from the decommissioned Vikrant aircraft carrier. Yes, that same iconic INS Vikrant that once played a very important role in Indian Navy during the Indo-Pakistan war in 1971. 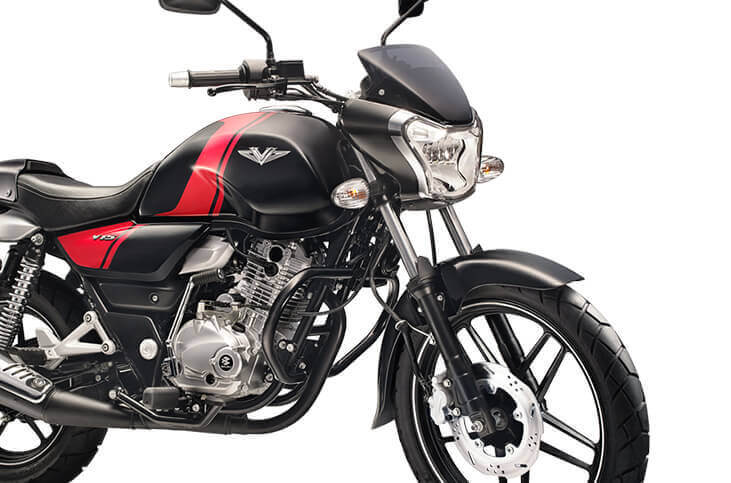 And indeed, the name of the V branding is derived from the decommissioned aircraft carrier as Bajaj did want to keep the legacy, the majestic presence intact. And this dates back in 2014, when INS Vikrant was sold in an online auction and was scrapped.

With the commencement of 2017, Bajaj launched the V12, second in this branding. By the first look, the motorcycle looked like a copied form of V15, the elder sibling. But as one would expect, there are quite a number of difference in the two brothers, apart from the downscaled engine. In fact, there are more physical differences than mechanical. So if you are still looking for any differences between the two, read on. You will surely find many.

At the first appearance, not many would be able to tell the difference. Both the motorcycles get a portion of metal from the decommissioned INS Vikrant. But they do have quite a few and that would be evident once you see both the motorcycles standing adjacent to each other. Dimensionally, the Bajaj V12 is shorter, wider and lower than the V15. But this is only faint as nothing. The V12 is 2,040mm long, 785mm wide and 1,066mm high compared to the 2,044mm, 780mm and 1,070mm of the V15 in the respective parameter. Moreover, the V12 is a good 2kg lesser than its elder sibling. The newer downscaled variant also misses out on tubeless tyres that you get on the V15.

That said, there are many aesthetic differences as well, changes that one can spot with naked eye. Being a downscaled version of the Bajaj V15, the V12 misses out on disc brakes and features drum brakes for both rear as well as the front. The tyres too undergo revision as the V12 is fitted with 2.75-18 front tyre and 100/90 rear tyre compared to the 90/90 front and 120/80 rear tyres on the V15. However, the most prominent difference is the different type of alloy used on both the motorcycles. The newer v12 comes with single 5-spoke alloy wheels, whereas, the V15 had got and still gets twin 5-spoke alloy wheels.

Having said that, it’s quite natural for anyone to consider the newer V12 to offer a better fuel efficiency and a better overall riding range that its senior sibling. But technically, the V12 and V15 have the same mileage efficiency and riding range.

The Bajaj v12, the recently launched motorcycle, is a true commuter with the best specifications that you need from a general motorcycle. The power the engine makes and the fuel efficiency that it offers is just perfect for the people who don’t fantasize powerful car and can suffice with daily rides to and from office or any other regular destination.

That said, nothing can take credit away from the V15, which itself is a another powerful commuter motorcycle which offers an impressive fuel efficiency. In fact, both the motorcycles are equipped with the same engine type, with different power and tuning. In other words, the V12 and V15 are twin brothers, studying in the same school, one in class 4 and the other in class 6.

As a derivative to the above illustration, if you are pretty happy riding your motorcycle at 70 kms per hour on an average, the V12 is the best suited for you. For that you will have to spend nothing more than Rs. 56,200 estimated. On the other hand, if you wish your motorcycle to hit the speed of 90 kms per hour on a regular basis, the V15 is your way to go for a sum of around Rs. 63,000 to Rs. 64,000.