How To
/
Others
/
Radney Foster Album & Book Preview

Songwriters, by their nature, are storytellers. Some of them are passable at their craft. Some of them completely ignore the elements of story altogether for simple, catchy rhymes.  And some, like Radney Foster, try to craft the best story they possibly can and tell that engaging tale in a song.

While that might be helpful to the audience, though, it’s not always entirely fulfilling to the storyteller. Distilling a good story down into a song often leaves out a lot of other potentially entertaining material. With that in mind, Foster’s latest project, For You To See The Stars, is coming out in two parts: an album and a short story collection.

For Foster, who’s been playing country music for years, it’s not the first time he’s released companion pieces with an album. His 2009 disc, Revival, came with a feature length documentary about the making of the album. But this may be the first time he’s worked on the fiction side of things outside of songwriting.

As he notes on the Kickstarter page for this project, “The stories are not a retelling of the songs, but rather a companion piece. Sometimes they are based on the storyline, sometimes just on something the lyrics touch on.”

If his past work is any indication, both the songs and the companion stories are likely to be deeply interesting. The title of the album and book were originally (and tentatively) titled Sycamore Creek, referencing one of the planned tracks for the album. 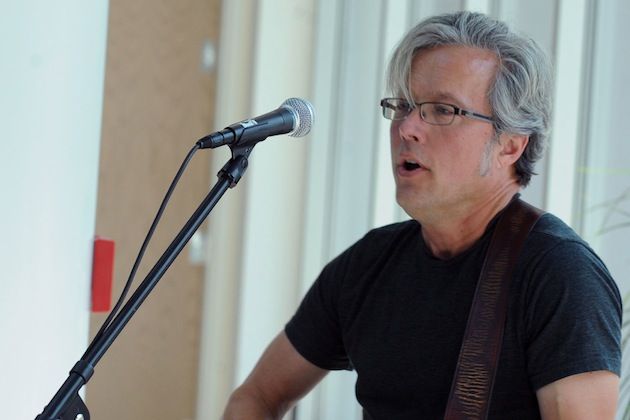 But things change, sometimes at the last second, and the album’s current title drew from a different track that seems to have had a profound effect on his editor. Any song that can get somebody to make a radical change in terms of cover art after everything’s been already approved and printed is likely to be something very special.

Listening to a preview of the title track, the lyrics tell the story of a man’s struggles in life and how he finds appreciation through enduring them. As Foster sings, “It’s got to get dark enough for you to see the stars.”

There are 11 songs on Foster’s latest CD, with the final track being an instrumental piece. The full track listing is as follows.

As far as promoting the project, Radney Foster will be doing things the way any musician or author would: going out on tour. And like a true Texan native, he’s making stops all across the Lone Star State. Folks in the Houston metropolitan area are in for a treat, as he’ll be playing two dates at McGonigel’s Mucky Duck on September 29th and 30th. CDs and books will be available at the show, too.

If you’ve finished up all your summer reading and still need something to keep you going, this book might be just the thing for you. And there will be a great musical soundtrack to go with it. Whether you’re a longtime fan or a newcomer, For You To See the Stars is poised to be a great introduction to musician, author, and storyteller extraordinaire Radney Foster.

This article was provided McGonigel’s Mucky Duck. To learn more visit our website.