How To
/
Health
/
Treating Sleep Apnea With CPAP Machines

People who suffer from sleep apnea have a condition in which their breathing is interrupted time and again while they sleep. This is potentially a very serious condition if it’s not treated. The negative aspects of inadequate sleep are made worse by the dangers of improper breathing leading to insufficient oxygen to the brain and body.

Sleep apnea occurs for a couple of reasons. In cases of obstructive sleep apnea (OSA), the airway is blocked because the flap of skin in the back of the person’s throat has caved in and air is not getting through. In cases of central sleep apnea (CSA), the brain doesn’t send signals to the muscles concerned with respiration to breathe they way that it should during sleep. Sometimes the patient might have both kinds of sleep apnea. This is called complex sleep apnea syndrome. 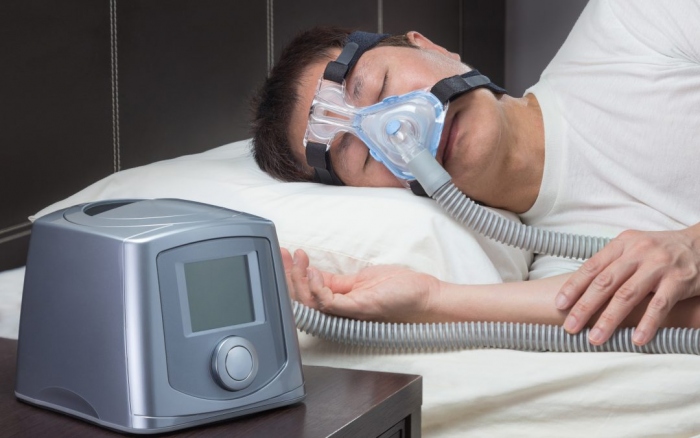 Sleep apnea that is left untreated for a long period of time can cause multiple health problems. These can include depression, irregular heartbeats, diabetes, high blood pressure and even strokes. Existing health problems like attention deficit disorder (ADHD) can be made worse when sleep apnea goes untreated for prolonged periods of time.

Many people who suffer from sleep apnea are not even aware they have it. Dangers arise when patients who unknowingly suffer from sleep apnea tell their doctors that they are experiencing negative mood swings and fatigue. These kinds of patients are often diagnosed with depression and are given medications for it. These are misdiagnoses that can occur through no fault on the doctor’s part.

Sleep apnea must be diagnosed by a doctor since there are so many symptoms of it that can relate to other illnesses or disorders. Primary doctors who suspect their patients may be showing symptoms of sleep apnea might refer them to a sleep disorder specialist.

Sometimes primary doctors might provide their patients with testing equipment that can be used at home to determine the cause of sleepless nights. This might also involve the aid of a spouse, significant other or sibling who has noticed the symptoms.

If the patient is sent to a sleep disorder specialist, the tests involve being connected to equipment that monitors vital signs such as heart rate, breathing patterns and brain activity, among others.

If the patient is sent home with tests, they will involve much more simplified versions of these kinds of equipment. These are designed to be easy to connect to patients and to read the results without formal medical training.

People with sleep apnea are treated with the help of what is called a Continuous Positive Airway Pressure, or CPAP machine. This machine sends perfectly calibrated air pressure through the patient’s airway, keeping the fold of skin from caving in. This opens up the airways and allows for continuous breathing during sleep.

The CPAP machine was invented by an Australian doctor by the name of Collin Sullivan. He was studying the part airway pressure had to do with the sad phenomenon of crib death. He was attempting to find a way of avoiding such tragedies.

The CPAP machine was invented during his labors in June of 1980 and was a major breakthrough at the time. Sleep apnea was often treated with tracheotomies when they got to be very serious.

How a CPAP Machine is Used

A CPAP consists of a small electrically powered unit that is used to generate the air pressure. A tube with a face mask connected to it is attached to this device.

Many people needlessly suffer from sleepless nights due to sleep apnea. Anyone experiencing the listed symptoms of sleep apnea should feel comfortable with talking to their doctors about sleep apnea testing.