There is no denying that immigration is a major issue for people in the United Kingdom but there are many hot topics in the UK at the moment. The NHS is facing its worst crisis in years and the revelations about Hillsborough is causing many people across the country to wake up to the fact that the people in power don’t always act in the interest of the country or the main population. There have been plenty of incidents which should have reinforced this in recent times but the shocking findings has left many people wondering who to believe.

A very pertinent example of this can be found in the case of Nigel Farage. Despite looking increasingly as a loner, Farage has found himself with a platform to speak and to be recognised as one of the go-to people when it comes to the future of UK politics and immigration in the UK. If we were to take the voice of the people, the votes for Farage and his party, it would suggest that Farage is nowhere as important as he thinks he is, but no matter where you turn, you’ll find him speaking about immigration. 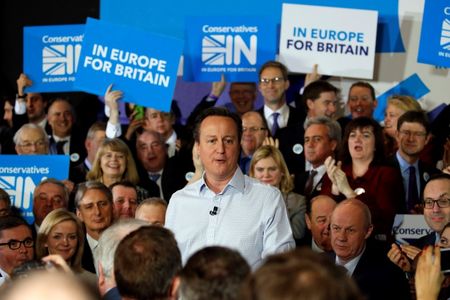 Heading into the major vote on the UK’s future in Europe, Farage has a new enemy. It is not enough to solely speak about the threat of Europe, there needs to be a bigger “bogeyman” that Farage can point out and rail against. In the run-up to the referendum, Turkey is the country that is being name-dropped by Farage as the biggest threat to the UK. Farage highlights the fact that Turkey is likely to become an EU member soon and this, he believes, will lead to the downfall of the UK and the whole of Europe.

Farage has Spoken Freely About Many Dangers Facing the UK

Of course, up until recent times, Farage spoke freely about the threat of Germany and how that was the nation that the UK must be wary of in Europe. Now he has changed his tune and states that the EU is likely to be dominated by Turkey. This is very much a political decision and Farage and his backers in the media haven’t been slow in pointing out that there are many people in Turkey who are Muslims. That is true but that in itself is nothing to be scared of. However, the way that Farage and politicians from the right mention this makes it feel a massive issue and it is easy to see why many people will be swayed in their votes or opinions.

There is nothing wrong with having an idea one way or the other about whether the UK should stay in the EU or not. The worrying issue comes when people who are happy to change their tune in the blink of an eye or who will exaggerate certain points or topics to cause division and spread fear are allowed to do so unchecked and unabated.

The biggest issue comes with the level of fear, distrust and perhaps even hatred or violence that will be aimed at Turkish people coming into the UK. There are many Turkish people currently working in the UK, adding to the economy and providing much-needed services. There are currently provisions and checks in place to allow people who can access the UK to do so and regulations to prevent people. These rules should be enforced but equally, there shouldn’t be an increase in wariness about people just because politicians are trying to gain votes by inciting fear and hatred.

When it comes to the most reliable Turkish solicitors London can offer, be sure to check out Kangs Solicitors. This is a company with experience and expertise in helping people gain access to stay and work in the United Kingdom.