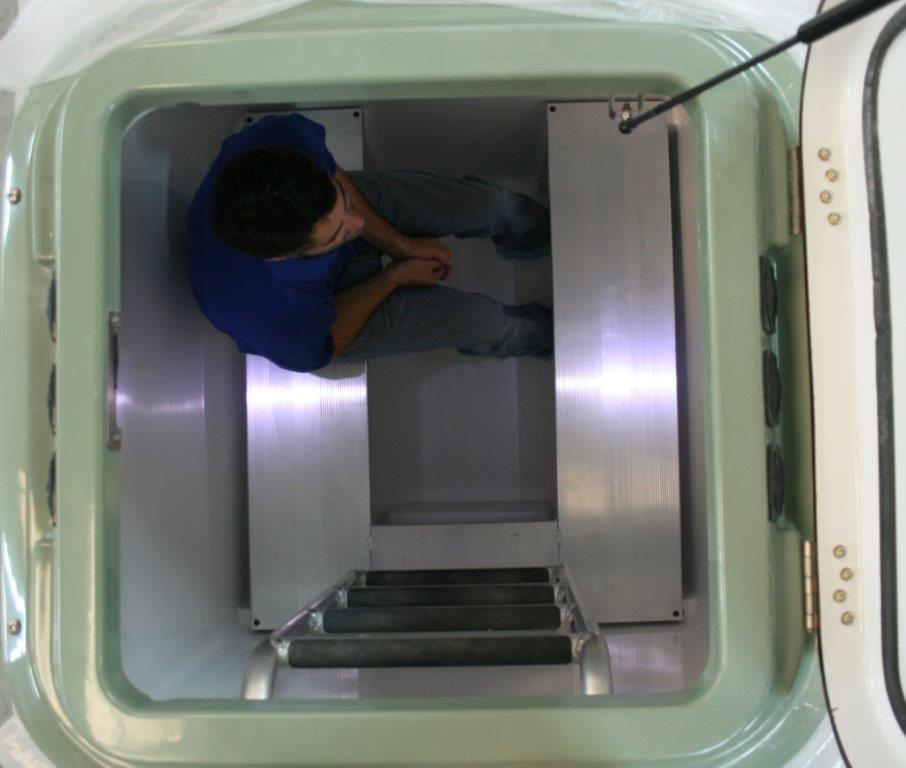 #1. Underground shelter has been reported to be one of the safest places to be in the event of a level four – five hurricane, but is the most dangerous place to be in the event of a flood. You may not want to have an underground garage shelter that is close to flood areas. So Location must be the first thing to consider before install an underground garage shelter. One thing for sure, without any certainties of how a storm may hit, the turns and the moving of a storm may go; safety is a number one priory when considering shelter for you and your family.

#2. On a more positive since, underground garage is less expensive than the other shelters, or safe houses on the market. Usually with a free installation, and other promises, you must inquire about the life time guarantee, to ensure your shelter remains up-to-date. But the down size is, it’s unmovable, so if considering moving in the near future, this option may not be the right one for you.

#3. Portable shelters are always undergoing testing to meet standard FEMA rules and regulations. Testers even came up with water proofing the doors in the event of a flood, no worries about flooding out in the shelter. Although some shelters manufactures may proclaim their shelters are certified make sure it is FEMA certified for these testes are the actual testes that with stand the testes of a 4-5 level hurricane. They are continuing improving the door system of the underground safe house. Unlike other safe houses, like the above ground shelters, these shelters must be tested for much of its duration, because anything that crush or puncher the shelter, can put the people that are in the shelter in great danger. The only major concerns is underground shelter is the door on the testing, because of the level 4-5 can sweep away a street, the testers test for the endurance of the door, and make sure it don’t get stuck in the event of a 5 level hurricane.