How To
/
Tech News
/
Oneplus X : 5-Inch Full-HD,32GB Inbuilt Storage To Be Unveiled On October 29th

OnePlus has announced a launch event on October 29, A teaser has been published on the Facebook site OnePlus in India, showing an “X” bright like neon lights, decorated with the words “See you October 29”, and a hashtag placed at the bottom on the right: #Powerfully Beautiful. According to the leak from Tenaa, company said the new OnePlus X will be available in November or December priced at $250 (approximately Rs. 16,500).

According to the latest rumors, the Chinese brand plans to launch a smartphone that will be less expensive than other models of the brand. It sports a 5-inch screen IPS display with a resolution of 1920 x 1080 pixels, and pixel density of 401 ppi; Corning Gorilla Glass 3; coupled with octa-core MediaTek Helio X10, supported by 2GB of RAM and for graphics GPU Power VR G6200. OnePlus X will also be equipped with two front speakers capable of delivering sound with an output of 1.2W. 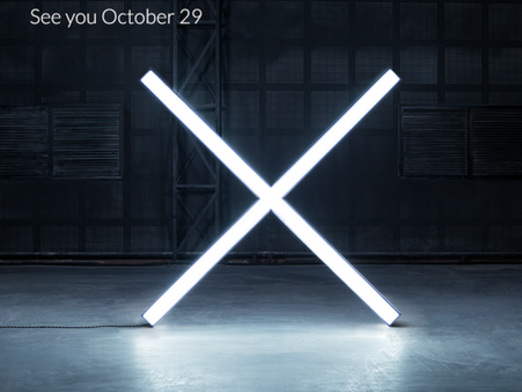 According to the recent rumors one plus x will come with technology similar to 3D Touch like iPhone and iPhone 6s 6s Plus. Galaxy S7 also in the race of equipped with a Touch Screen Force, According to the new report from  G For Games Site, the OnePlus X going to use a Synaptics touch controller S3708  compatible with technology ClearForce, equivalent Force Touch, but with Side Touch technology found on the Xiaomi mi4c. The first mid-range of Chinese society whose output is likely expected this quarter.

Powered by the battery 2450 mAh. According to the data sheet unveiled at its certification with the TENAA,  Internal memory of 32 GB and expandable via MicroSD card up to 128 GB. And for camera side, the X OnePlus features a Sony IMX258 sensor with 13 megapixels rear camera and a second 8 megapixel sensor on the front, one you can find the electronic image stabilization (EIS) and phase detection autofocus technology, This feature is more common on latest smartphones. For connectivity  equipped with an NFC chip. OnePlus X comes with certification of IP67 and screen may be provided with the Touch Force technology. Various rumors indicate a price around 249 $. Remember that this information is not yet official, except the date of presentation. Finally this device will run with an operating system of OxygenOS 3.0 based on Android 6.0 Marshmallow OS.