How To
/
Others
/
The Healing Powers Of Organic Castor Oil

Healers from the ancient times have used castor oil to treat a wide range of health-related conditions for many years. The history of using Organic Castor Oil goes back to the ancient Egyptians that used this oil to treat eye irritations and a potent natural skin care treatment.

Organic Castor Oil can increase the white blood cell and the T-cell count of the body that act like antibodies and kill viruses, bacteria, fungi and cancer cells that are potentially harmful to the body.

A lot of the benefits that are given by the castor oil are due to its chemical composition. It is composed of triglyceride fatty acid, and the major portion of that is of a rare type of compound known as the ricinoleic acid. 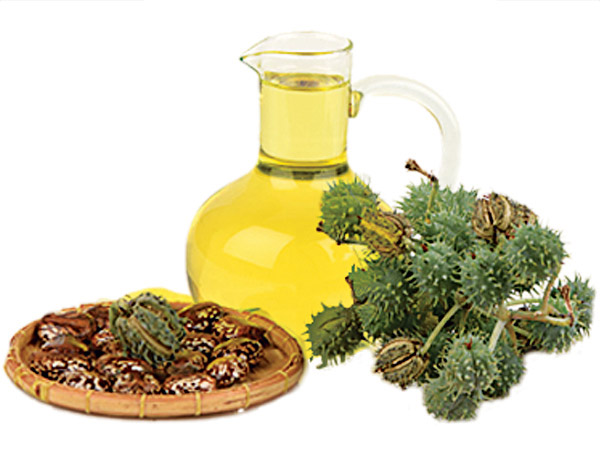 That is why castor oil is considered a unique compound as ricinoleic acid is not found in many compounds. The oil is extracted by cold-pressing the seeds of the castor bean plant and then later on clarifying the oil by the application of heat.

Apart from ricinoleic acid, the oil also contains useful salts and many esters that work to lock moisture in the skin and are known as skin-conditioning agents.

Organic castor oil is one of the most commonly used components in natural hair and skin care treatments.

The ricinoleic acid found in organic castor oil is an unsaturated fatty acid and possess a lot of healing abilities. One major benefit that it gives is supporting the lymphatic system and increasing the immunity of the body.

The most important role played by the lymphatic system of the body, which is happening throughout the body with the help of small vessels, is that it expels the waste material produced by our cells, expels the excess fluids and proteins by absorbing them from the cells.

Lymph nodes located in the vessels function as a natural filter of the body and filter out all the toxins, they also play the important role of delivering antibodies when the person is sick to save the body from the effects of the foreign invaders or bacteria. In case you have ever been in a condition of enlarged lymph nodes, it is a sign of an increased number of antibodies in your lymph nodes that are being released to fight any infection causing microorganism in that particular area.

When the lymphatic system of your body fails to function properly, the death of natural, healthy cells of your body starts to occur, and this eventually leads to the degeneration and destruction of your body organs. Like, in the case of poor lymphatic drainage of the heart, toxins start to accumulate in the heart, which leads to tissue damage and later on lead to worse heart disease conditions.

From the above paragraphs, it seems like the only functions of the lymphatic system are to collect all the leaking toxic fluids from the tissue, improve the circulatory function of the body and help produce antibodies so that the immune system can fight off the infections of the body, but that is not the case.

This means that the fat molecules can be absorbed from the small intestine and can enter the bloodstream, from where they can be carried all over the body and can serve the purpose of being a fuel.

1. Improves the natural immune system of the Body.

Researches have shown that castor oil helps to improve the blood flow, lymphatic drainage and thymus gland health of the body and can also improve the other immune functions of the body. Castor oil results in the increase in the production of lymphocytes that help to keep the body safe from harm and infections. Lymphocytes are the natural fighters of the body that help to build up the immune system and fight off all the foreign invaders of the body which includes bacteria, virus, fungi, and toxins.

The lymphatic system also has a direct impact on the circulatory and the digestive system of the body, and this is why it has a beneficial effect on the heart health conditions and also treats digestive problems such as constipation.

Castor oil gets hydrolyzed in the small intestine by the action of pancreatic enzymes. That results in the release of glycerol and ricinoleic acids and many other beneficial metabolites.

2. Boosts the Blood Circulation in the Body.

There is a direct relationship between the blood flow in the body and the immunity status of the body. In case the circulation system of the body gets compromised, the person is most likely to become chronically ill.

The primary function of the circulatory system is to pump blood from the heart throughout the body and take blood from the body to the heart. It moves oxygen in the entire body with the help of small arteries and capillaries.

The microscopic tubular structures of the lungs function to exchange oxygen and other essential nutrients in the blood. The cellular waste is also collected during this process for expulsion. This process is very vital for keeping us alive and our bodies healthy. The oxygenation and detoxification processes of the body.

Herbiar is a natural skincare brand which provides you with a wide range of natural and organic skincare products.
<a href=”https://www.herbiar.com/product/organic-castor-oil-herbiar/“> Organic castor oil</a> is effective as a natural household remedy.

Visit HerbiAR to get more ideas for your natural skin care routine.